It’s interesting to write a post like this on a day when I am so incredibly happy and full of energy. But I think this is also the perfect time to write such a post about a time when I was maybe not so happy, and just living in the world felt overwhelming.

Depression, anxiety, and all its root causes have been mostly missing from my life as of late, but when they do appear, I must remember days like today. I must remember that tomorrow is worth it.

On most days, it’s hard to remember how I ever got to that place before. Sometimes it’s nothing more than a chemical imbalance, hormonal changes, or blood sugar instability that sets me down that blue path. But when it does happen, it’s why I cherish days like today, for the mere fact that they exist.

Because just one week ago, I was sitting on my bedroom floor indifferent to tears and unable to move. I had just cried my eyes out in the shower even after the success of a somewhat decent weight-lifting session at the gym. I had dropped a glass bottle and shattered not only the bottle but one of the shower tiles. I remember thinking, wow, I can’t even shower right.

I don’t know why I felt so down or even why the littlest mishap brought on the waterworks. But in that moment, the same questions haunted me:

How to Keep Moving

On days like that one, I usually have some go-to methods to keep myself moving and eventually remove myself from that funk. I stay physically active; I make social plans with friends; I do something creative such as write or color; I run errands and get some fresh air. But sometimes no matter what I do, it’s not enough.

So I was sitting on the floor propped up against my mattress and staring at a plastic box in front of me. It’s one of those storage bins you buy in college for your dorm room. I’ve had it for years, and yes, I still use it for storage. It doesn’t fit in with the rest of my furniture, but it’s functional nonetheless.

And within this particular bin was a stack of books and file folders from my graduate school studies. Even my “creativity” journal from my first year of grad school was buried somewhere in there. I could see the remnants of its bright blue spine that I had covered in wrapping paper.

But you can make it to that bin in front of you. You can open that bin, and see if there’s anything inside that might inspire you.

So that’s what I did. I literally crawled across the floor to that bin and unleashed its contents. I found an outline to a ghost story manuscript I had been working on in college. I found old short stories I had written while babysitting in between jobs at school. I found a scrapbook of photos my friend had made when we graduated college. And when I opened that creativity journal—a journal I had never been particularly proud of—I saw my first attempts at creative living.

Suddenly the world did not seem so overwhelming. I felt inspired and vowed to continue the work I had started even if the story had changed.

So by the time my roommate came home and offered me a glass of wine, it didn’t seem so hard to get up off the floor. It didn’t seem like much effort to walk into the living room and then the kitchen. Tomorrow had potential.

And even though I didn’t necessarily “feel” better, I had hope. And sometimes on those dark, depressive days, that’s all you need. 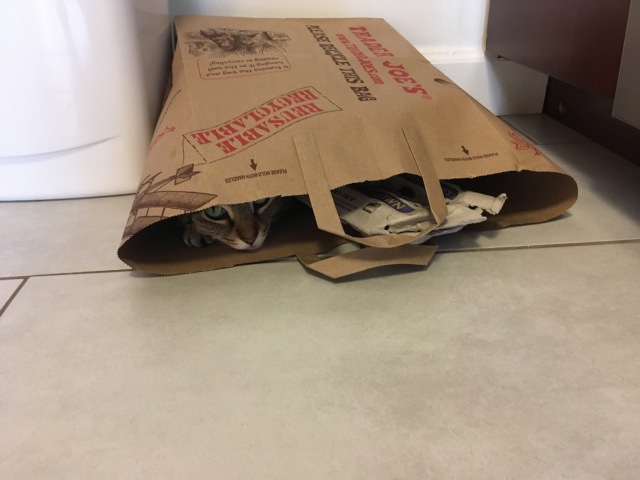