Today is my 11-year anniversary with Type 1 diabetes. This week has been a rollercoaster (though I am amazed at how much I can accomplish on so little sleep). Apparently, I’ve been holding in a lot of stress. Shocking. But bodies are perceptive that way (blood sugar levels included).

I haven’t seen a familiar face in four weeks (excluding video chats). The time has surprisingly gone by fast. But even if I am enjoying my newfound freedom and the productive self-isolation sessions, there is something missing beneath the surface. And that subtle ache pulls at me – materializing in my nightly, often anxiety-ridden dreams and blinking at me through the sun slants of the window pane.

I am not quite whole. I have felt broken before. And at times like these when I need to be reminded of my own resilience and feel empowered among circumstances outside of my control, I consult my favorite cinematic moments – scenes that are not necessarily award-winning but still inspire me and encourage me to find the strength to carry on.

Many of these movies (spoilers ahead) focus on a leader or woman (or sometimes that inner voice) overcoming adversity (often through innovative approaches) and subsequently inspiring others through their courage to stay true to who they are, follow their dreams and stand up for what they deserve. 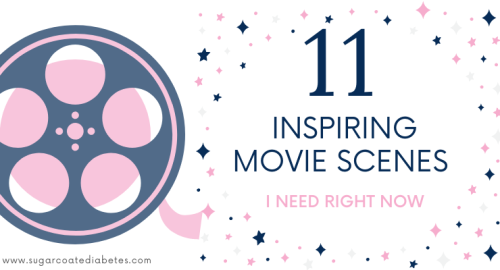 When Jody dances her way to a principal spot in a new company (I also love when Eva gets her shot, too). Definitely miss that 90’s girl power.

(Apologies, I could not find a good video of this scene.) When Lindsey runs across the field at Fenway Park to stop the man she loves from sacrificing his love of the game for losing her (very unexpected for her ambitious, independent, rational-minded character).

When Andy realizes the person she’s become working in a toxic environment is not who she is and decides to quit (which, while the film makes it look easy, is often not in these situations).

I know this movie got a lot of flak, but I thought it was a great nod to the original series. And who doesn’t want to see four women kicking ass and slaying ghosts to save a possessed Chris Hemsworth? Safety lights are for dudes.

I love any film that focuses on female friendships and women finding their power. Tackle on a James Bond parody, and I’m game. It’s hard to pick any one scene here. Similar to the thought process of many women I know, Susan never thought she had what it took to be a spy, so she resigned herself to being a voice in someone else’s ear. But sometimes the worst circumstances provide the greatest opportunity. Here’s to being a badass.

A group of women finding their voices together and embracing each other for who they are while beating (figuratively speaking) boys in the process? Sold.

When Jane sacrifices her romantic happiness to be the writer she was destined to be and in turn earns the respect of millions (including her former love interest) for the voice she brings to the world.

When Moana discovers Te Fiti has forgotten who she is, and she takes incredible risk to restore her heart and save the world and her family’s future. (I watched this movie a lot while enduring a toxic situation.)

When Bing Bong sacrifices himself so Joy can return to headquarters, and even though he is forgotten, he asks Joy to carry on Riley’s dream and take her to the moon for him. Heartbreak! But it reminds me of who I once wanted to be and who I still could be.

When Scott Hatteberg scores his first homerun for the Oakland A’s, partly because a general manager believed he still had value to bring to the game. (I watched this scene before going on a job interview for my current position.)

This scene is iconic now, but as many other female writers reported at the time, this is the first time I had to hold back tears in a movie theater during a film based on a comic book series. Seeing a woman fearlessly take on the world because she felt it was the right thing to do is still awe inspiring to watch today. I also love how, after this scene, the men stop questioning her.

2 thoughts on “Happy Diaversary To Me”